Tokyo is the Japanese capital and the world’s most populous metropolis. It is one of Japanese 47 prefectures, consisting of 23 central city wards, towns, villages and the Islands.

Prior to 1868, Tokyo was known as Edo. A small castle town in the 16th century, Edo became Japanese political centre in 1603 when ‘Shogun’ Tokugawa Ieyasu established his feudal government there.
With the Meiji Restoration of 1868, the emperor and capital moved from Kyoto to Edo, which was renamed Tokyo (“Eastern Capital”). Large parts of Tokyo were destroyed in the Great Kanto Earthquake of 1923 and in the air raids of 1945.

Today, Tokyo offers a seemingly unlimited choice of shopping, entertainment, culture and dining to its visitors.

Here are some of Tokyo attractions: 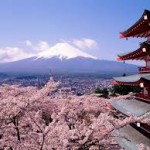 Cherry Blossoms – Around the end of March to beginning of April you can enjoy the most beautiful blooming season in Tokyo. Thousands of cherry trees, Japanese National trees, are blooming and giving out its gentle fragrance on streets, in parks and everywhere. You will see light pink petals falling in your hand and sometimes you can walk through ‘blossom tunnels’.

Traditionally people enjoy having food and drinks under cherry trees and watching the beautiful blossoms to welcome the spring season. Shinjuku-gyoen, Ueno Park, Chidori-ga-fuchi etc. are famous blossom viewing places. You may enjoy Japanese tradition if you go in this season.

Asakusa & Tokyo Skytree – Asakusa is a famous and historic downtown in Tokyo. Traditional and vibrant atmosphere still remains in this town. Asakusa’s main attraction is Senso-ji, a very popular Buddhist temple, built in the 7th century. The Nakamise, a shopping street which leads to the temple, has been providing temple visitors with a variety of traditional, local snacks and souvenirs for centuries.
A new attraction was introduced in Asakusa in 2012 – Tokyo Skytree is a broadcasting, restaurant & shopping and observation tower. It became the tallest structure in Japan in 2010 and reached its full height of 634.0 metres (2,080 ft) in March 2011, making it the tallest tower in the world, displacing the Canton Tower, and the second tallest structure in the world after Burj Khalifa (829.8 m/2,722 ft).
Around Tokyo Skytree there are a number of cafes, restaurants, fancy goods shops where you can find the latest trend in Tokyo. 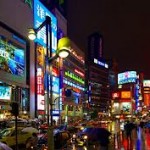 Akihabara – It is known as famous electronic emporia. TV, Computer, Smart phone, Camera, etc. the latest models and all kinds of electronic appliances and devices are selling with discount prices. People know that they can find any appliances in Akihabara with a good deal. Many buildings decorated with colorful advertisements are packed in the small area, which creates an eccentric atmosphere.

It is also famous among ‘Anime-Otaku’, animation geeks, as many animation games and figures are selling and they come to communicate with other ‘otaku’ in this area. They create a new culture there.

Tsukiji Fish Market – Tsukiji Shijo is one of the largest wholesale food markets in Japan and is best known as the largest fish market in the world handling over 2,000 tons of marine products per day. You can see a great variety of foods from all over world for Japanese top restaurants and its brokers’ and buyers’ voice fly about. The “inner market” is the licensed wholesale market, where the auctions and most of the processing of the fish take place. You can find the restaurants, canteens and shops and try its great quality of food there and people start to queue up from 5am to taste the top quality of food with reasonable price. The “outer market” is a mixture of wholesale and retail shops such as Japanese kitchen tool shops, delicatessens, glossers, fishmongers, etc. Vibrant shop staffs are inviting customers. Enjoy exploring Japanese kitchen.

You will find many more aspects of Tokyo as it’s changing the cultures, trends and sceneries day by day. 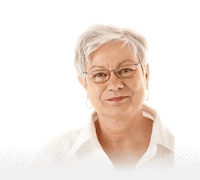 Delightful family who made me feel so welcome. Lots of laughs and hard work!
”
by Susie, Dental Hygienist from England