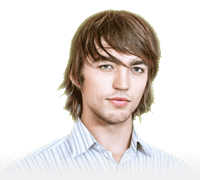 The homestay went very well. Meals were delicious, the family very friendly, accommodation was also very good. We visited many places, it was great!
”
by Valentine, School student from Luxembourg